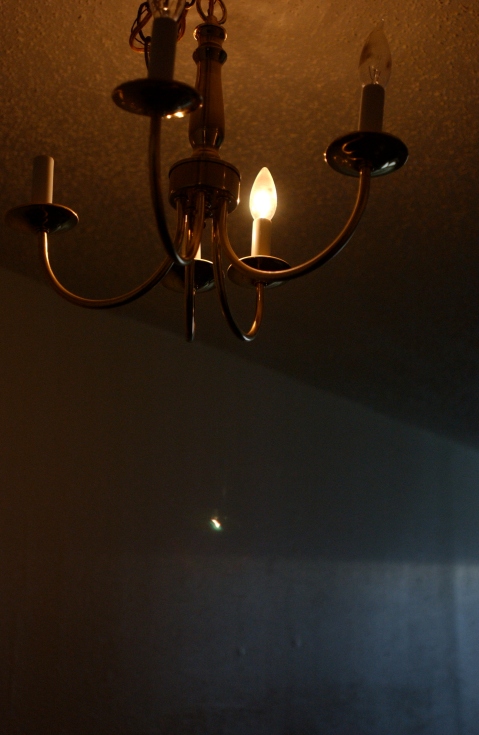 A lamp…what does it all mean?

Someone’s winning something. A girl grabs her man and kisses him. I’m lost in the din, sipping my vodka.

A lot of people wear price tags on their clothes these days. I guess it’s like leaving the car sticker on the window for a while. One jersey had a tag dangling from it that said $1,700. Wow.

My companion insists on going out. “It’s our last few nights, don’t you want to do something?”

Is that bad? Should I be scrambling for release? “I want to get some hoes,” this guy exclaims.

Yeah, that’ll be the ticket. That’ll give you what you’re looking for. He’s harmless, though. My quiet response and careful deflected stare deflated the notion of driving an hour south to Austin to pick up college co-eds.

Would it have been so bad to smell and see a woman one last time before sand and grit gets into everyday? I’ve seen the Iraq line work before. A few drinks in, you let loose with some soliloquy about beauty and last chances, happiness and passion. Women–God bless them, can get caught up in the romance, and forget that men are men.

But I guess that’s the ticket with any relationship: tricking the other half to seeing that we’re more like what they want rather than what we are.

Wait, that’s too much of a downer to end a post on. I’m listening to some introspective tunes, and it has a tendency to bring out the droning crone in me.

No guarantees on another post for a bit, kids. Godspeed.