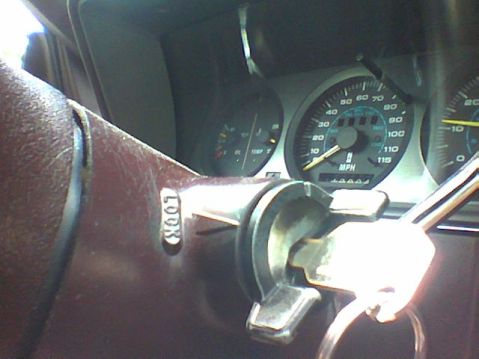 Two hours after beginning a dream, the alarm rang. I was up again, like a shot, to the bathroom, putting toothpaste on my brush before my mind even registered sleep had stopped.

Normally I would sit and stare at myself for a few seconds, toothbrush in mouth, paste beginning to dribble into the sink, like some catatonic zombie as my synapse finally kicked in. I’d let out a sigh, mark a mental register as to how far along I was in my sentence, and continue on.

Although I was just two hours rested from the prior day, my excitement of traveling to see friends in Michigan helped wash away the normal morning ka-kas.

After two more hours, I was on a plane, zooming off on the first leg of my journey to Grand Rapids. First stop was Houston, where I’d connect with a flight to Detroit before the final push to GR.

I was carrying my luggage, having just packed a small bag for two weeks. I’d wear each shirt twice, and had enough underthings for a weeks time. With a dash of laundering at my visit’s halfway point, I’d earn enough cleanliness to last out the month.

Unfortunately in Detroit I learned my final flight to GR was cancelled due to a “major mechanical problem.”

These things happen, but I was faced with reconnecting flights through far-away parts of the country that would add hours and hours to my travel day. Detroit to Grand Rapids through Cleveland? Or Minneapolis? Arriving when? 10:30 tonight?

It was only just past noon. Ten more hours of connections didn’t seem very fun at all.

Luckily some crafty customers in line hatched a plan to rent a car to drive to Grand Rapids, as it would take far less time than waiting on the airline to shuffle us to our destination.

Five of us piled into a small SUV and began our trek. We were quite a crew: myself, the Army guy, at the helm; navigating was Rachel, a pretty speech pathologist; holding down the rear was an older business executive, and a father with his eight-year-old daughter.

Rachel and I softly rocked out to some Verve while the gentlemen in the back hashed out all of life’s problems. Anna piped in with random tidbits here and then, keeping herself in the conversation.

The business exec was from Tennessee, close enough to my Kentucky for me to be family. Rachel was good friends with my neighbors from my time living in the city and frequented a bar that Sonny and I knew well. Anna hounded me for polluting the environment by driving humvees in the Army, asked if I liked cats, and was insistent that German cars were far superior our SUV. Her dad felt a special bond with what the country was accomplishing in Iraq, thus earning me a certain status as a military man.

There were more laughs than pauses, a stop at Wendy’s for some frosties, and a general appreciation for each other’s company.

Anna grabbed my cell phone and snapped some pictures, which I kept to remind me of the trip.

By the time I arrived, I felt like I had already had a bit of a vacation.